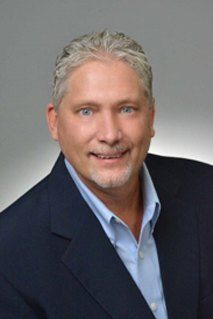 He started out in the electrical field in 1979 by working after school and cleaning up the warehouse at Belco Electric. Needing extra cash, he started helping on small commercial jobs. Eventually, he went to work for Rhyne Electric Inc. in Decatur Georgia. Harold Rhyne was a member of the International Electrical Contractors Association so he enrolled in the 4-year program to become a journeyman electrician. After graduating, he sat for the State of Georgia’s Unrestricted Masters Exam and passed. Many nights and weekends of residential and commercial electrical jobs later, Jeff Sr. incorporated his own company and named it Realty Electric. Since that time, Realty Electric was renamed Unger Electric and has grown to 20 plus employees including his sons Jeff Jr. and Justin.

Jeff Sr. is committed to supplying his clients with the best customer service, craftsmanship, safety and reliability on expects in today’s fast paced need it done yesterday environment. Being surrounded by his family whose goal is also a commitment to excellence has become a way of not only providing top quality electrical designs and installations but instilling trusting team oriented family goals and morals to the next generation of Unger Electric.

Jeff enjoys his family and all the happiness they bring to his life. His getaways are hunting, fishing and the great outdoors. 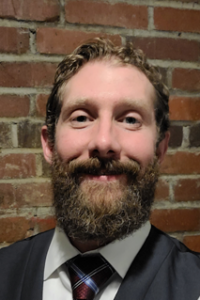 Jeff Unger Jr. is the General Manager of Unger Electric, LLC. He graduated in 2005 from Heritage High School at the top of his class. He immediately went to work in the commercial electrical field; since he grew up in a family of electricians, the decision to pursue the electrical industry just made sense.

After working as an electrician’s apprentice in the field for several years, he decided he wanted to learn how the projects he was installing were estimated. He began working at Unger Electric and within a few short years he was promoted to Chief Estimator and then eventually to Project Manager at the 25-year family owned and operated business.

As the company changed and grew into a more forward thinking business model, there was a need for someone to implement fair company policies and procedures as well as handle their growing financial management needs. With mentoring from an outsourced business development team while studying business management and accounting; Jeff Jr. now plays a key role in helping Unger Electric continue its success story.

Jeff enjoys hunting, fishing, music, traveling and anything outdoors. Cooking and BBQing are his favorite pastimes. 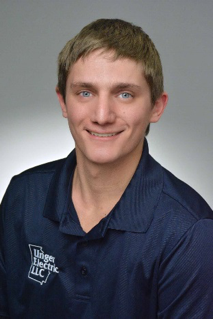 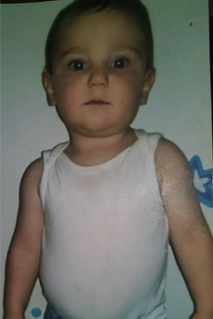 Justin’s son Owen
keeping his eye on the prize!

Being born near the same time that his father’s company was founded, it is safe to say that Justin has been around the electrical trade his entire life. For the past seven years he has gained experience both in the field and managing the estimating department. His knowledge and expertise of each aspect of the trade have grown simultaneously. From having boots on the ground and learning how to physically install at daybreak, to learning how to competitively price the next Unger Electric installation late into the evening.

Justin takes a personal interest in each job he estimates and project manages, seeing to it that projects are run efficiently, punctually, and to the best quality possible. He is devoted to the fact that customer satisfaction is priority.

Justin also enjoys collecting firearms, outdoor grilling, and designing logos with his son, and spending time with his family.